To Pope Francis and the Leadership of the Catholic Church,

ago. You are in my prayers everyday and it is with great sadness that I write this letter with all the suffering in

the World today which could so easily be minimized if we would work together. Unfortunately many work with

the money changers, globalists, and the children of darkness, openly or through ignorence feigned or real. So

few seek the truth and even less bear witness to it. Thus fulfilling the many prophecies coming down through

Sacred Mass. Woe unto those who are bringing this about. The signs of the times are everywhere, but few

choose to see, the warnings which are screaming at us, but most pretend not to hear and the silence of our

DEAFENING. Just as our Lady of Good Success warned us 400 years ago. You all have

Free Will and it is your life. But the times will be worse because those who should speak out are SILENT !!!

similar to him, and unfortunately because you have far more influence the consequences are going to be

far greater. He was concerned about his legacy, trying to bring in watered down Theology and Apostasy.

While at Gesu many years ago St. Ignatius said; “Help my Brothers.” All I can do is warn you and give the

changers and their minions the globalists, like “Climate Change”. From the Club of Rome in the 70,s and their

book; The First Global Revolution : Club Of Rome : Free Download  page 75;  In Searching for a common enemy against which we can unite,

we came up with the idea that pollution, the threat of global

warming, water shortages, famine and the like would fit the bill. …

The real enemy then is Humanity itself.  The First Global Revolution : Club Of Rome : Free Download

They make it very clear in their writings, speeches, books and actions that they are eugenicists. Cardinal

Ratzinger noted that "at the base of this New World Order", … is the ideology that '

proposes strategies to reduce the

number of guests at the table of humanity' … . The cardinal advised that "at this stage of the development of the new

image of the new world, Christians-- and not just them but in any case they even more than others-- have the duty to protest."

What do we hear nothing but Silence !!!

I have given and continue to give you evidence of their openly admitted plans. I have personally talked to and

every U.S. Bishop. We were warned many times in past and it is now being fulfilled. I pray for your souls.

1.) At the Battle of Lepanto the Church leaders asked for prayer and Divine intervention to stop the Muslim

invasion. Now we are asked to pay for and help the invasion? While our women are raped and murdered.

Homosexuality is rampant in the clergy probably worse than 1000 years ago when St. Damian fought it.

Here is a disgusting letter from a Jesuit Semanarian Confessions of a Gay Jesuit:

and I have given you even more evidence.   View Seattle University school paper  a Jesuit University

3.) You ignore all the lies and false information given by the climate agenda hoaxers and will not even listen to

5.)  You go along with the money changers plan for a Global Government which they run from out of public site with their technocrat minions.

6.)  You have dealings with a Nazi collaborator, George Soros and his puppets like

7.)  Your silence on the illegal wars is deafening, the U.S. Bishop's even openly supported the

helped fuel the immigrants. Which was the elite's plan all along.

8.)  Where is your outrage at the war crimes of using Depleted Uranium, DU, in the illegal wars

and with the cancer and birth deffects. Silence !!!

9.)  Why don't you promote the molecule Laminin a clear sign from our Creator in our Human cells?

Evolution is an unprovable theory. My ancestors were not monkeys.

10.) Then you have made Archbishop Vincenzo Paglia the head of the Pontifical Academy for Life

and also made him Grand Chancellor of the St. John Paul II Pontifical Institute for Studies of 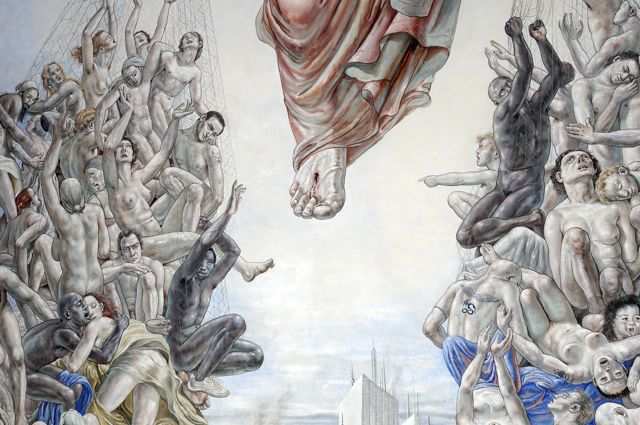 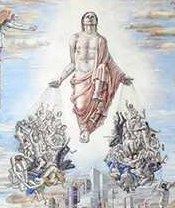 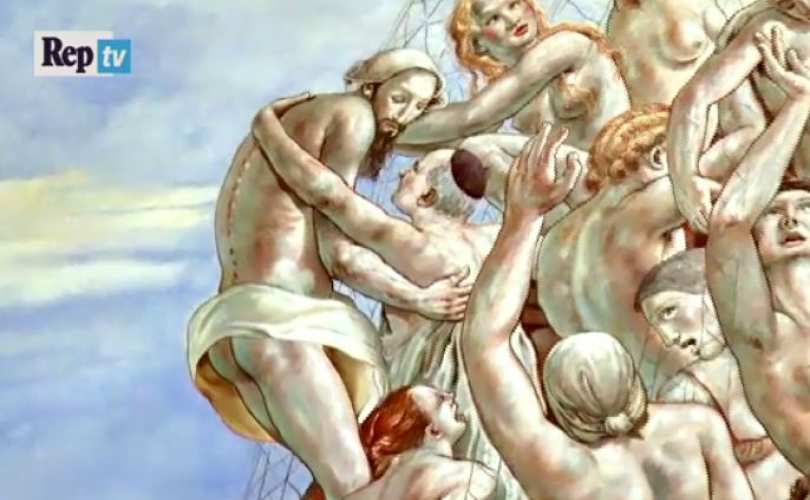 Then we have #253 in APOSTOLIC EXHORTATION EVANGELII GAUDIUM which states;

that we hope and ask to be received and respected in countries of Islamic tradition.”. I think you need to study how

Islamic countries work in the real world. Then you go on to say; “for authentic Islam and the proper reading of the Koran

are opposed to every form of violence.”, not sure what Koran you are referencing and then we have the history of Islam.

I am not advocating that we treat them the way they treat us, but the idea that we have to pay

them to rape and pillage our countries is insane. The real enemy is the devil and his Globalist elite

minions who are using and age old tactic, Divide and Conquer and woe to our leaders who do their

bidding and who think that plausible deniability will save them when they are judged. I only have to

support of the money changers and their leader, the devil, which they openly acknowledge.

I hear you are going to study the Liturgy. Hopefully to strengthen it and not to continue to water it

down even more. I will continue to pray for you.

The Molecule Laminin the Cross that Binds Us Together 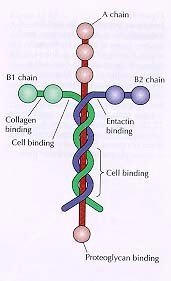 While telling a person about the

DNA the Divine Molecule and how God made the molecule. They gave me a video

talk about the molecule Laminin, the speaker said that after a talk a microbiologist had come up to him and

said he should check out the molecule Laminin. Not only for it's shape but also for what it does. The one thing

that I had noticed that he had missed, was the 3 (subunits) in 1 nature of the molecule, just like the most

Holy Trinity. Of course the cross shape is easy to pick up on. Just like Yeshua, by His cross, He binds the earth

to Heaven by the vertical beam and by the horizontal cross beam holds all of us together in His Church.

So does the Laminin molecule, bind our intracellular components together. Just another coincidence that by

random mutation(?), unlikely, one of the main cellular molecules that holds the cell together is shaped like a cross.

Also that we just discovered it at the time when so many are falling away from Yeshua, and His Sacred Word.

He shines more light down upon us and the signature that the Creator has left within every cell of our bodies.

Colossians 1:15-17: "He is the image of the invisible God, the firstborn of all creation. For by Him all things

were created, both in the heavens and on earth, visible and invisible, whether thrones or dominions or rulers or

authorities -- all things have been created through Him and for Him.

He is before all things, and in Him all things hold together.