message she gave to Conchita, about the great sign that is coming. There

are also pictures there of the children during the ecstasy.

If you go there you'll have to use your back buttons to return.

On July 19, 1962, a visible miracle happened which had been announced in advance.

Conchita was given communion by the Arch Angel Michael, and when Conchita put out

her tongue all of a sudden a host appeared. There were many people around her and one

man had a movie camera and got some pictures of the event, at around 1:00 AM. 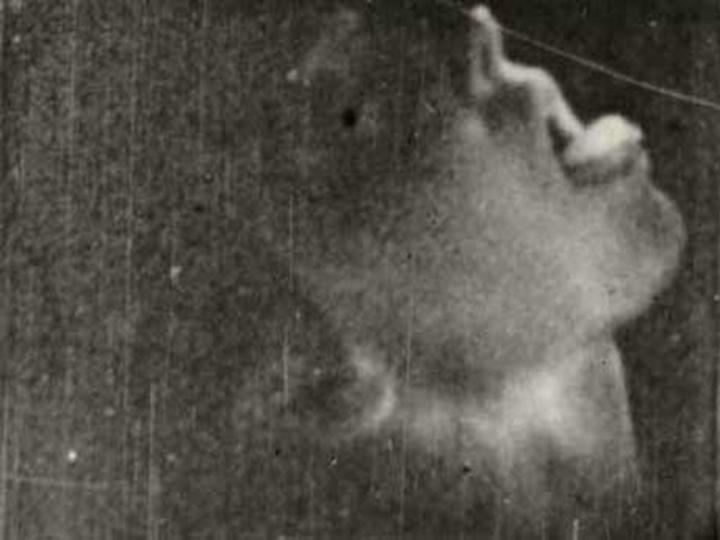 The Prophecies, and Messages are below

It said that we must make many sacrifices, perform much

penance and visit the Blessed Sacrament frequently. But first we

must lead good lives. If we do not, a chastisement will befall us.

The cup is already filling up, and if we do not change, a very great

chastisement will come upon us.

announced in advance. Conchita was given communion by the

Arch Angel Michael, and when Conchita put out her tongue all

of a sudden a host appeared. There were many people around

The 1st prophecy; there will only be 3 more Popes after John XXIII and

then it will be the end of our times but not the end of the world. John Paul II

was the 3rd Pope.

Then it is the Warning

The 1st is a global Warning to all of mankind. Everyone will feel

the warning from God, which will show you all the bad things you

have done in your life, and all the good we have failed to do. This

will happen less than a year before the Great Miracle.

Will be at the pines, a group of 9 pines a couple of hundred meters

above the village of Garabandal. It will happen between the 8th and

announced 8 days in advance by Conchita who knows the date

already. It will be on the feast day of a Martyr of the Eucharist and

will coincide with an event in the Church. You will be able to see the

Miracle from all around the valley. The sick will be cured, sinners

converted and the incredulous will believe. As a result Russia will

A permanent visible sign will be left at the pines, which you will be

able to photograph but not touch. There will be no doubt that it is

from God, and will remain there until the end of time.

If the world does not change, then God will send the Chastisement.

We don't want to know what it is.

since the previous message has been ignored, this will be the last

one. Before the cup was filling up, now it is full and overflowing.

Many Cardinals, Bishops, and priests are on the road to perdition,

and they are taking many souls with them. Less and less

importance is being given to the Eucharist. You should turn the

wrath of God away from you by your efforts. If you ask for His

forgiveness with a sincere heart, He will forgive you. I, your

mother, through the intercession of Michael the Archangel, ask

you to amend your lives. You are now receiving the last warnings.

I love you very much and do not want to see your condemnation.

Pray to us with sincerity and we will grant your requests. You

should make more sacrifices. Think about the passion of Jesus.