An overview of the Layout of the Book

Below is the cover and last and beginning pages of a Century (chapter), you

42 Quatrains, but notice the Quatrain that precedes the 7th Century and also

the emblem that closes it compared to the others.  Scroll down through the 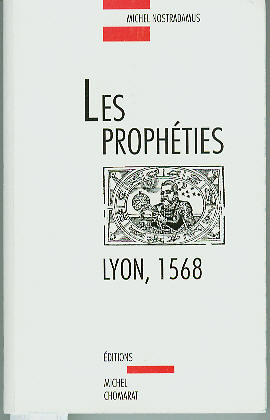 Notice how the last one after Q 6.99 is written in a different script to set it apart.

The first line reads "Incantation of law in opposition to inept critics", then the

7th Century starts. As I've stated before one of my names in the Quatrains is the

7th, and am the one who reads them correctly.

emblem, not even the end of the book has one like this. When I first got the book

was 42, which is the last Quatrain in this Century and all the rest have 100.